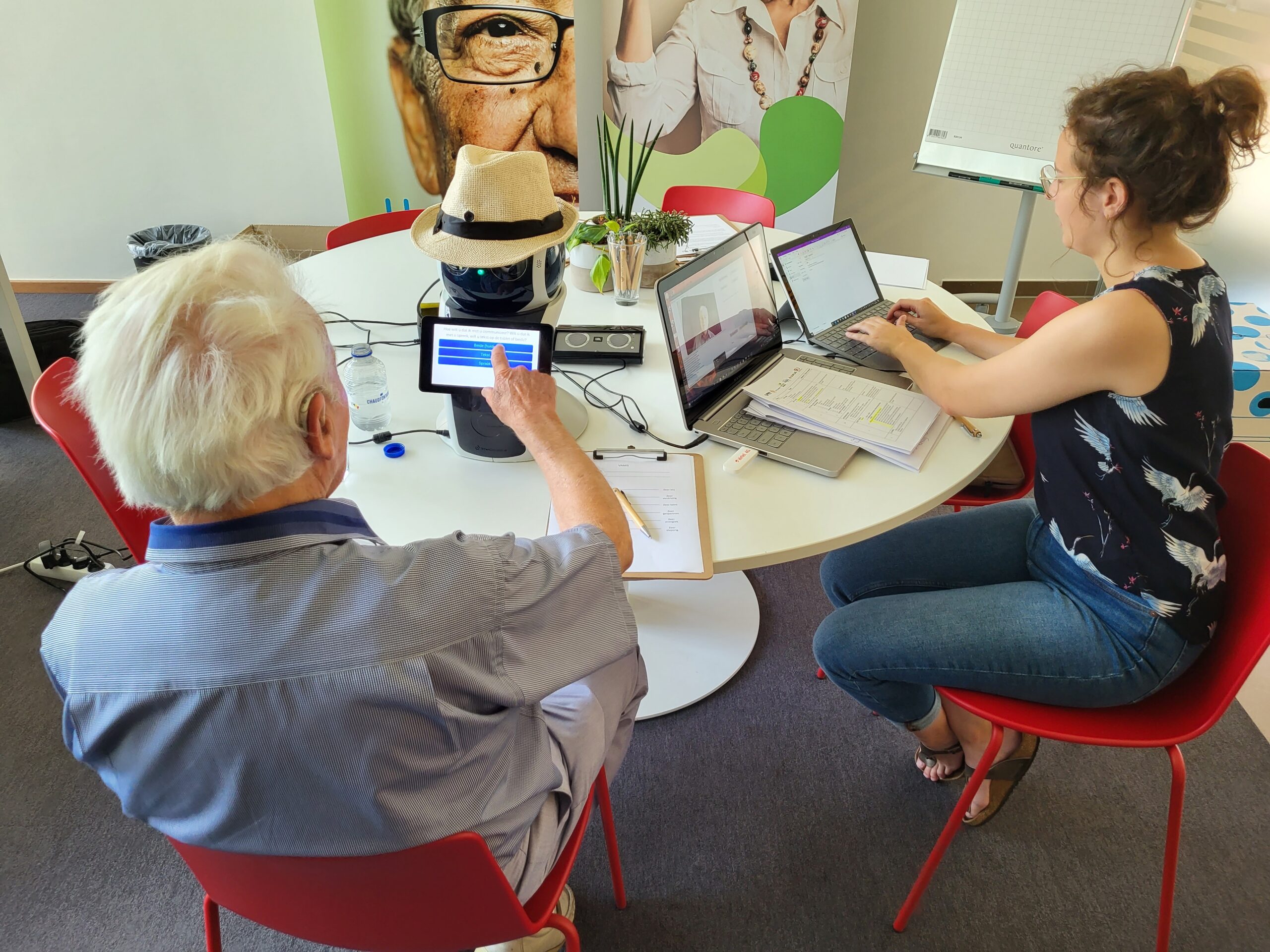 We have successfully completed the first pilot session in three different countries. Participants interacted with the Q.Bo in a scripted scenario where they for example, completed a seated exercise or played a small game. The participants generally thought the tasks were fun and they liked interacting with the robot. Although important improvements were also signalled. We collected data to investigate the reactions. In the second pilot we will be able to integrate the emotion analysis more and have a more independent interaction.